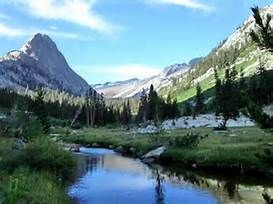 Yosemite National Park, one of the most famous national parks in the world, is located in the Sierra Nevada Mountains in California. This breathtaking national park is known for its long-lived and gigantic sequoia trees, as well as for the prominent Bridalveil Fall and the granite ridges of Half Dome and El Capitan. In the last few years, Yosemite’s fame skyrocketed due to Apple’s decision to use the name as well as pictures from Yosemite National Park in its then new operating system called “X”. Despite the breathtaking sceneries Yosemite offers, not many movies have been filmed there mainly due to the fact that authorities are trying to protect the environment and the ecosystem of the park. In this article, we are taking a look at 5 movies filmed in Yosemite National Park. Find out which are the latest movies shot in Yosemite below.

Undoubtedly one of the most famous movies filmed in Yosemite National Park, Indiana Jones and the Temple of Doom is the second instalment of the famous professor/archaeologist’s adventures. This time, Indiana Jones (Harrison Ford) travels to India and is asked by a distressed village to recover a stolen mystical stone. Although the film is set in India filming took place in Sri Lanka as well as in the US in several locations including Yosemite National Park. More specifically, the rafting sequence was filmed in the Tuolumne River Rapids in Yosemite. Finally, an interesting fact about this film is that along with Gremlins (1984) they were the reason that the PG-13 rating was created. The Great Outdoors, one of the few movies shot in Yosemite National Park, was directed by Howard Deutch and stars Dan Aykroyd and John Candy. This comedy follows a man from Chicago (Candy) who after feeling nostalgic about the past sets out with his family to a vacation in the woods of Wisconsin. However, his peaceful retreat is shaken up by the arrival of his yuppy brother, Roman (Aykroyd). Even though the film is set in Wisconsin it was actually filmed in Yosemite as well as in Bass Lake in California.

The other contender of one of the most famous movies filmed in Yosemite is the fifth instalment of the Star Trek franchise. In the Final Frontier Captain Kirk (played by William Shatner) along with his crew must try and stop Mr. Spock’s half-brother who has hijacked the Enterprise and is in a mad pursuit to find God in the centre of the galaxy. The film was entirely shot in California with all scenes set in Yosemite being filmed on location. In the movie Captain Kirk alongside Spock and Dr. McCoy go camping in Yosemite. Finally, there were several problems while filming in Yosemite National Park such as when a few camera trucks exploded and drivers were escorted by the police in darkness in the filming location. Maverick, a 1994 action film based on the 1950s TV-Show of the same name, was directed by Richard Donner and stars Mel Gibson as Bret Maverick alongside Jodie Foster and James Garner (the original Bret Maverick in the TV-series). The film follows Maverick, a gambler who is set to find money in order to enter a high-stakes Poker tournament. Filming for Maverick took place in California, Utah, Oregon and Arizona. Furthermore, filming in Yosemite took place in Leidig Meadow. Finally, an interesting fact that connects Maverick and Yosemite is that both names were used for an OS by Apple. The Road Within is one of the few recent movies filmed in Yosemite. This dramedy tells the story of a young adult named Vincent (Robert Sheehan) that has Tourette’s Syndrome and recently lost his mother. With the help of two of his friends (played by Dev Patel and Zoë Kravitz), Vincent escapes the clinic his estranged father has put him in and sets on an adventure to reach the ocean in order to spread his mother’s ashes. The Road Within is a very touching film that sheds some light to this often overlooked syndrome. When it comes to filming, this dramedy was entirely shot in California with several parts of the road trip being filmed in Yosemite.

We decided to also include some movies and documentaries that didn’t make our list but deserve the special mention. The children favourite Small Soldiers was partially filmed in Yosemite Valley, an area which the toys believe to be their planet Gorgon.

Samsara, a documentary partially shot in Yosemite, is one of the most visually stunning documentaries ever made as it was filmed in some of the most beautiful locations all over the world.

Enjoyed this article? Why not take a look at our list of 10 Famous Movies Filmed in Cape Town?