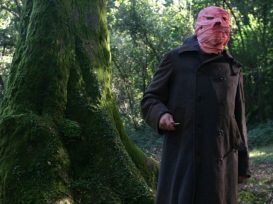 When it comes to the silver screen, the Spaniards seem to know what they’re doing. It is without a doubt that Spanish movies always seem to catch the audience’s attention. However, there is one particular genre that stands out. We don’t know if it is the Sangria, but Spanish thrillers are hands down some of the best thriller movies in the world. What is also interesting is that these films are usually made with only a fraction of what a Hollywood thriller would cost. In this article we are putting together a list of the top 5 Spanish thrillers. Found out which is the top Spanish thriller below. Fermat’s room is a Spanish thriller directed by Luis Piedrahita and Rodrigo Sopena. The movie follows four mathematicians who’d never met before who are invited by a mysterious host to solve a great enigma. However, they end up in a room that continuously shrinks and if they don’t find the answer to the enigma they will die. The Uninvited Guest is a Spanish thriller directed by Guillem Morales. This top Spanish thriller follows Felix (played by Andoni Gracia), a recently separated young architect who lives alone in a large and silent house. One night a stranger knocks on Felix’s door and desperately asks if he can use the telephone. However, shortly after, the man is nowhere to be found. Is the uninvited guest still inside the house? The Method is a smart Spanish thriller that is set in Madrid. This top Spanish thriller follows 7 applicants who are interviewing for an executive position at Dekia, a major corporation. The Method starts with the 7 applicants having to sign a clause called The Gronholm method, however, it soon becomes clear that the interview process is a series of mind games and stress tests. This Spanish thriller has been adapted in many theaters around the world and it leaves its audience at the edge of their seat. Sleep Tight is one of the best Spanish thrillers of all time. This thriller film plays with everyone’s worst nightmare; what if people watch you inside your own house? Or even worse, what if your house isn’t as safe as you think it is? Sleep Tight follows Cesar (Luis Tosar), an apartment concierge a man who believes that he was born lacking the ability to be happy. Cesar makes it his mission to make every tenant’s life a nightmare especially Clara’s (Marta Etura), a young woman who lives in the building. Timecrimes is undoubtably the top Spanish thriller of all time. This thriller masterpiece was written and directed by Nacho Vigalondo, an Academy Award nominee for his short film 7:35 de la manana. Timecrimes follows a man who accidentally enters a time machine and goes almost an hour back in time. He then sets of a series of disasters with devastating consequences. Timecrimes is a guarantee that will leave its audience at the edge of their seat. Special mention goes to The Invisible Guest, a fantastic crime-thriller written and directed by Oriol Paulo. This Spanish thriller follows Adrián, a man who is accused of murder and with the help of a witness preparation expert has to come up with a defence in only three hours. The Invisible Guest is available on Netflix.

Enjoyed this article? Why not take a look at The Top 10 Mafia Movies Of All Time?